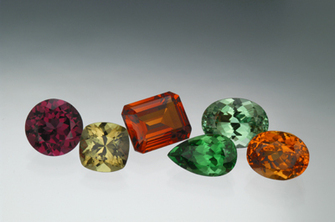 Garnet January Birthstone - silver jewelry
Garnets are one of the largest families of gemstones and they occur in a wide variety colors (red, purple, orange, yellow, green, and brown).
Its name is derived from  the word granatum (seed) because of the gemstone's resemblance to a pomegranate seed.
Garnet signifies eternal friendship and trust and is the perfect gift for a friend.

Healing Properties - Garnet  was recommended as remedy against inflammations and it  was used to heal wounds. It improves blood circulation and heart’s functioning, promotes regeneration of damaged organs and tissues and helps to fight fever. People having headaches and sore throat are recommended to wear Garnet  necklace.

Magical properties - Violet-red Garnet  is a stone of love and passion. Garnet  has an ability to purify the body. Red Garnet  protects its wearer from natural disasters, evil eye and sorcery, promotes happy family life.

Garnet is the birthstone for the month of January.  Element: Fire 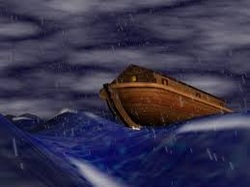 Noah's Ark. Garnet silver jewelry
An ancient legend says that the garnet carbuncle was fixed on the mast of Noah’s Ark and lighted up its voyage day and night.
From this time the garnet is considered as amulet for travelers.